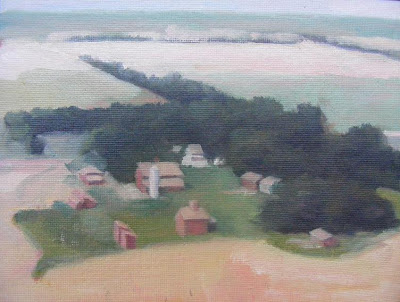 This little painting of the farm I grew up on was done from one of those aerial photos taken in the 1950's. It was done quickly in oils, which I don't work with very often. I thought I'd go back and add more details after it dried a little, but I found I liked it just the way it is. Maybe it seems too soft and sketchy, but that's part of what I like about it. I could write volumes about each of the buildings, about where the treehouses were built, about the fields and what they grew. But I'll just say that these few acres, visible in this painting, are more special to me than any other spot on the planet, and leave it at that.

Posted by Connie Riedman at 6:39 PM 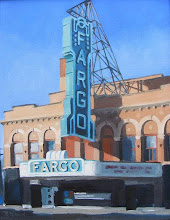